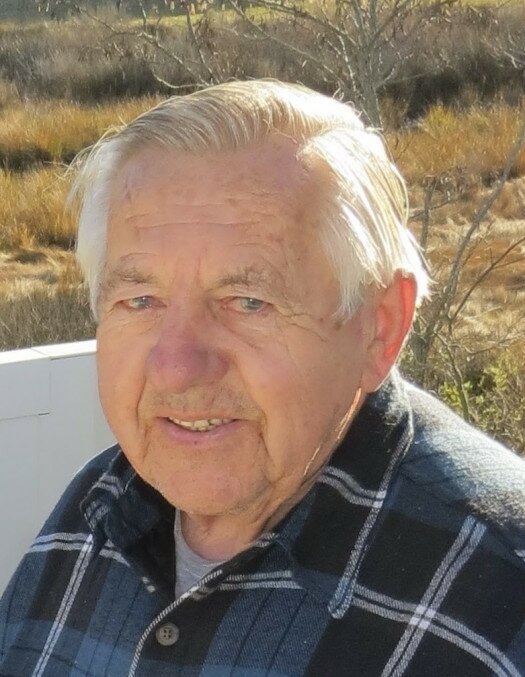 Please share a memory of Paul to include in a keepsake book for family and friends.
View Tribute Book

Mr. Paul Gunther Gebel, 91, of Deep Creek, VA, formerly of Amityville, NY, passed away Thursday, October 6, 2022 at his home. The son of the late Herman Gebel and Margaret Stegner Gebel, Paul was born on June 25, 1931 in Syosset, Long Island, NY and spent most of his childhood in Smithtown, NY.

As a boy, Paul learned the value of a hard day’s work by digging bait worms to earn extra money for his family. He began his next endeavor at Kings Park State Hospital, where he worked as an attendant assisting with patient care. The work ethic learned in his youth, combined with the compassion and attentiveness to patients as a young man, were invaluable to his successes as an entrepreneur. Paul began his career in ‘predicting’ the needs of consumers as owner and operator of a garden center, which would later supply many of the plants for his landscaping business. His continued passion for bringing things to life led him to study, and master, the art of Japanese gardening. While in Japan, Paul acquired a stone statuary and upon his return home, prepared a cement casting recreating the statue. His talents didn’t go unnoticed, and he was later commissioned to construct a working volcano for a Polynesian restaurant. During the energy crisis in the late 70’s, Paul quickly saw the need for wood-burning stoves and traveled to Germany, where the stoves were made, becoming the sales representative for the U.S. As woodstoves became a thing of the past, he began installing gas burning fireplaces and chimneys in residential homes and commercial buildings. For two decades prior to retirement, Paul picked up a part-time job as the maintenance man of several group homes for disabled adults. Paul enjoyed his return to patient care and always made time for the residents, teaching them everything from growing a garden to fixing a bicycle.

Though he officially retired at the age of 80, he was never idle. Paul enjoyed spending more time on the Eastern Shore with family at his home in Deep Creek, and especially with Paul and Doris at Turtle Pace Farm. He traveled extensively; among his adventures were a trip to Israel with friends, where they followed tour guides, Mike Huckabee and Pat Boone, through the Holy Land; a Danube River Cruise; visits with his sisters and extended family in Alabama and Florida; and spending time with his nieces, nephews, and their families in west New Jersey near the farm his father worked and raised dairy cows.

Throughout his life, Paul remained close to the Lord, having most recently worshiped at both Shore Presbyterian Church in Exmore, VA and His Way Fellowship in Melfa, VA. He was a lifelong antique car and (red) tractor enthusiast and was a member of Peninsula Tractor Organization. He looked forward to days spent boating, particularly when low tide came at the perfect time for clamming. Paul owned many dogs over the years and had a special love for each of them, often overheard telling his West Highland Terrier, Duffy, “You’re my best friend.”

In addition to his parents, Paul was predeceased by his brothers and sisters, Herman Gebel, Louis Gebel, Irmgard Barnet, and Otillie Patapchuk and his beloved wife of 36 years, Carolyn Ann Symington Gebel, who passed in 2009. He leaves to cherish his legacy his son, Paul D. Gebel and his wife, Doris, of Melfa; grandchildren, Paul Gebel, Jr. and his wife, Abbey, of Rochester, NY, and Mark Gebel and his wife, Rebecca, and Zachary Gebel and his wife, Emily, all of Brooklyn, NY; great-grandchildren, Norah, Charlotte, Evelyn, Claire, John, Emmett, and Grover; dear friends, Larry and Ruth Smith; several nieces and nephews and their families; as well as countless friends.

In lieu of flowers, donations in Paul's memory may be made to OPC Disaster Response, (checks mailed to: The Committee on Diaconal Ministries, Orthodox Presbyterian Church, 607 Easton Rd., Bldg. E, Willow Grove, PA 19090-2539) or donate online at http://opcdisasterresponse.org/how-to-donate/.

Share Your Memory of
Paul
Upload Your Memory View All Memories
Be the first to upload a memory!
Share A Memory
Send Flowers