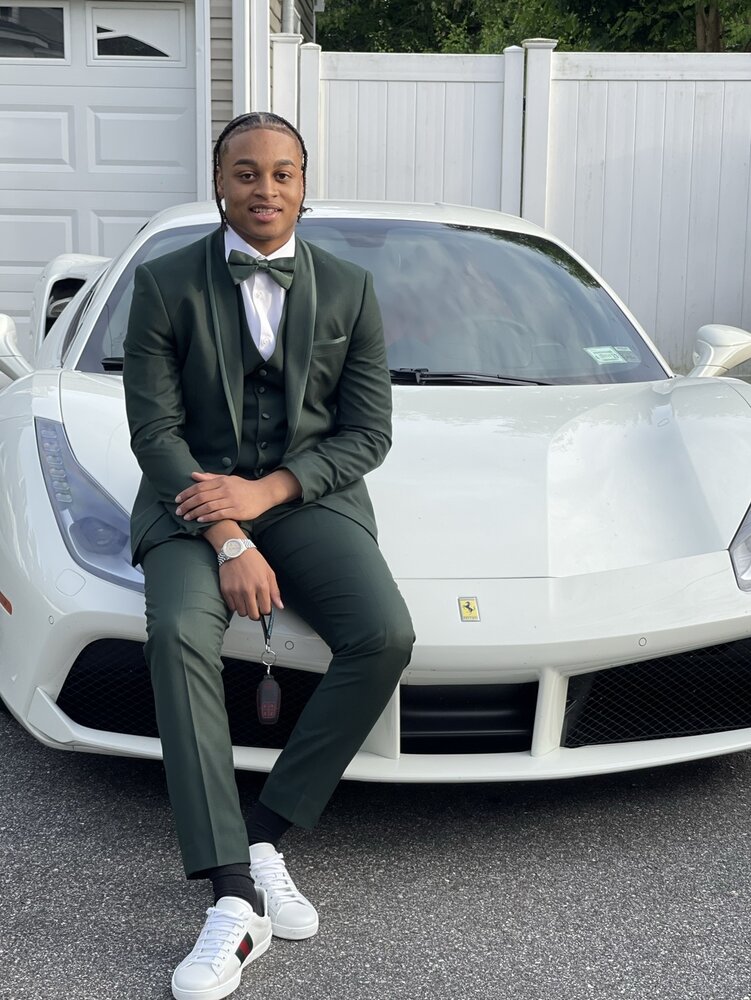 Welcome Friends and Family members and thank you for coming today. We gather together not to mourn but to celebrate the life of a great young rising king Amani Abraham Alcindor. Amani was born on January 10, 2003, at 0550am in Kings County Hospital in Brooklyn. On this day my life was forever changed. He was the first born of parents Sabreen and Frantzlee. Amani was a very loving child. Amani and I grew up together and he inspired me to be great for him throughout the years. He was such a smart little boy. At the age four Amani welcomed his little brother Amari who he adored so much. I remember I would always dress them alike and Amani would say” Ma we’re not twins” and I would laugh and say you’re right. As time continued Amani developed a passion for football at the age of 8 years old. He loved football and all throughput Amani’s childhood he played and became great at football. When I went to the games he would say, “Ma you see that hit on the field.”  His coaches always said he was great, and he was different. I would say to myself I don’t know where he gets his athletic side from because his father and I didn’t play sports. But he was amazing when it came to that football field. He would always tell me I’m going to the NFL and I’m going to buy you a big house. He was very competitive and always challenge himself to be great. Amani played for many teams, the Warriors, War Chiefs, Hurricanes, Amityville, and the list goes on. Amani won many awards such as M.V.P, Iron Man, and defensive player of the year. He attended P.S.335 elementary school in Brooklyn and then graduated on to middle school and attended P.S.394 in Brooklyn. At age thirteen he welcomed his baby sister, Amaya, whom he loved and cherished dearly. He would always tell her you’re not having a boyfriend until you are thirty years old. Amani and his family moved to Long Island where he then attended Edmund Miles Middle School where he continued to play football and excel in the sport. He then graduated and attended Amityville High School where he continued his legacy of football. Amani then discovered his new passion, alongside football, music. He would rap and he wrote his own lyrics for his music. I would  always yell from upstairs turn it down Amani! He would then say Ma I’m going to blow up you hear me. His music was his love and he expressed himself through his songs. Amani was an amazing upcoming artist, on the rise to stardom. Amani was a loving, fun, playful kid. He loved to dance, sing, he loved music, family and friends. He was a leader and always knew from a young age what he wanted and who he wanted to be. Amani leaves behind Sabreen, Michael, Amari, Amaya, Anya, Lageorgia, Kristina, Terrell, Amir, Lauren, Kassidy, Greyson, Kyrie, Ajalae and host of family, friends and love ones.

Share Your Memory of
Amani
Upload Your Memory View All Memories
Be the first to upload a memory!
Share A Memory
Send Flowers