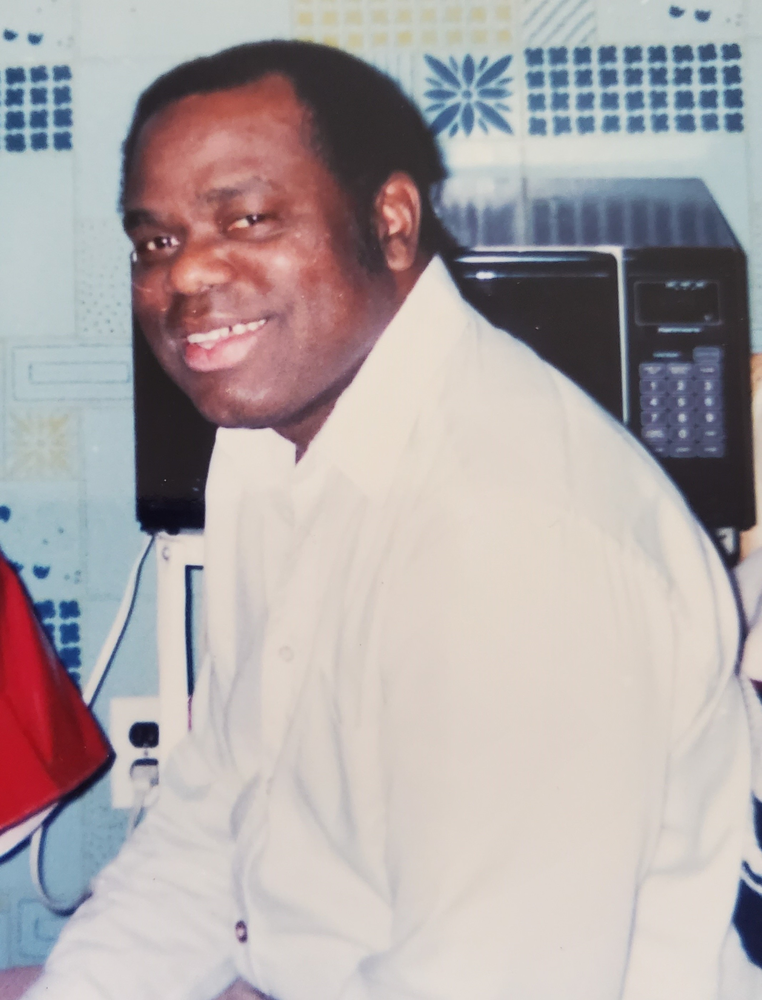 Donald Mcken was born on December 18, 1941 to parents Alethia May Burke and William McKen.  He grew up in the place of his birth, the historic, sea-side town Port Royal, Kingston, Jamaica, in the loving care of his paternal aunt and her husband – Mrs. and Mr. Walcott. He went to the Port Royal All-Age school.  After finishing school, he went to work mainly in sales in the auto parts business. As a boy, Donald displayed the quiet reserved style in social relationships that was to define his adult years. He was loved by the elders of the community for his respectful and “good behaving” ways.  Not one to be seen much hanging-out with friends, it was his love of soccer-football- and cricket that brought him out to the playing fields with his home town boys.  The Walcotts were ardent Methodists so Donald never missed Sunday school or church in those early years.  In his teens he was one of the three men who sang in the choir of the Port Royal Methodist Church.

In his early 30s, his beloved sister Rose Kennedy, believing there were too few opportunities for Donald to move beyond his job situation then, turned every stone to get him to the US to join her.  He made it to New York in 1971.  Few years after arriving he married Lorna Cynthia Martin with whom he had one daughter – the apple of his eyes- Denise McKen.

For over 30 years, Donald worked in the healthcare services in NY but for 27 of those years, he worked at Montefiore Hospital, Bronx.   After several promotions at Montefiore, attributed to his strong work ethics, he eventually worked in the Surgical Unit as an Anesthesiology technician until his retirement.

On reflection, Donald was an ordinary man doing ordinary life things – being a son, husband, father, brother, worker, lover of sports.   Some roles he played well, others not so well. But in so many of the ways which were ordinary for him are life’s lessons for us.  Donald McKen was at peace with himself and consequently was at Peace with all others.  Not one for sustained anger or malice or loudness.    A family member on hearing of his passing said- what a Jamaica or world of non-violence there would be if there were more like him? A great listener indeed but never judgmental. What one would get is a knowing smile and nod.  Yet in spite of his quite reserve he was never disinterested or disengaged from his community peoples or the world.  In conversations with him one might say he was obsessed with Jamaican political events and politicians and was abreast of all the political developments in the US.  However, nothing brought Donald more actively in a conversation than when speaking of Port Royal folks of his youth and what was happening as the town undergoes many changes due to migration and deaths. He also remained passionate about sports especially world soccer and baseball as he did about Jamaica and world events.

Donald did not maintain his physical presence in a church as he did in his youth but remined devoted to his belief in his God.  His daughter recalls the solace and bonding they enjoyed as they sang hymns, prayed and danced together.

After struggling with debilitating illnesses for many years, the suffering now ceases.  He has now gone on to join the ancestors including his sister Rose and brother Esrick Mcken. Rest in Peace Donald.

We express heart felt gratitude to the care givers, friends and in-laws who have offered invaluable support, over the years.

To send flowers to the family or plant a tree in memory of Donald McKen, please visit Tribute Store
Monday
18
November

Share Your Memory of
Donald
Upload Your Memory View All Memories
Be the first to upload a memory!
Share A Memory
Send Flowers